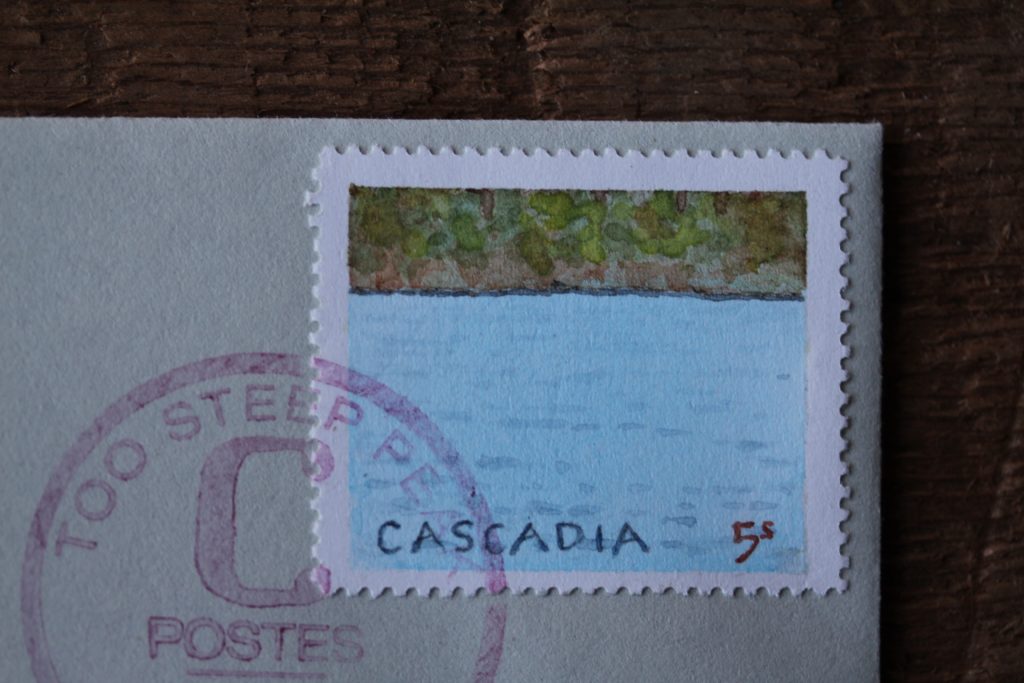 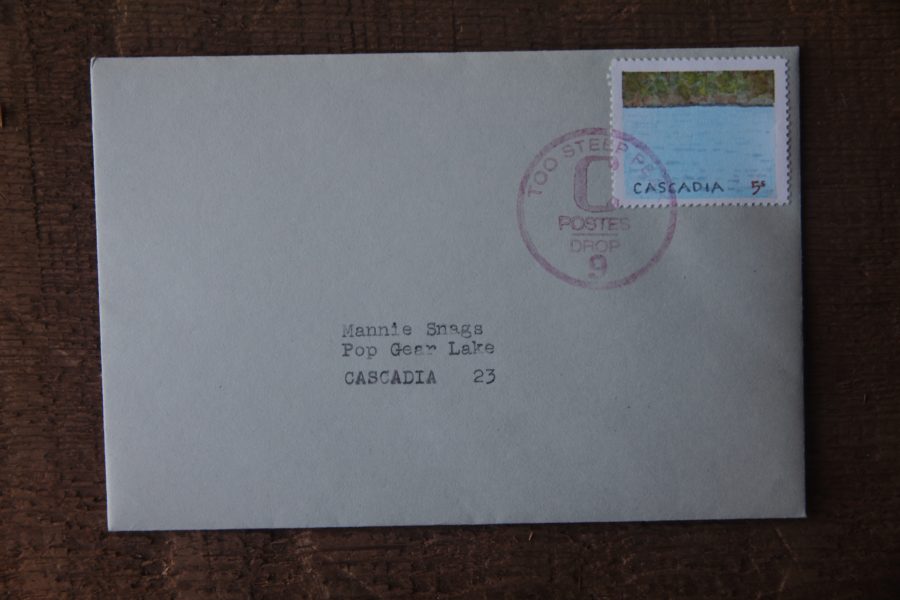 DETAILS:
Ross Lake in the North Cascades here in Washington was created by a dam so it has varying water levels — typically being at “full pool” during the summer and drawn down during the winter.  When we are there every July it is near full and the wakes from the boats and the storms set up a gentle erosion of the shore’s edge.  This causes an undercut of the bank which appears as a sort of black line.  That is what I was trying to capture here.  The postmark from Too Steep Peak is my traditional one indicating it was mailed from Drop 9.  Cascadia doesn’t not have very many towns….mostly its trail drops where a heli comes in and out once a week.  Ross Lake is full of stumps where the logs were taken off before the lake was filled for the first time.  This has created numerous snags on the bottom which trap fishing gear —the most expensive of which is the trolling rig referred to as “pop gear”.  Drop 23 is right at Ross Dam.