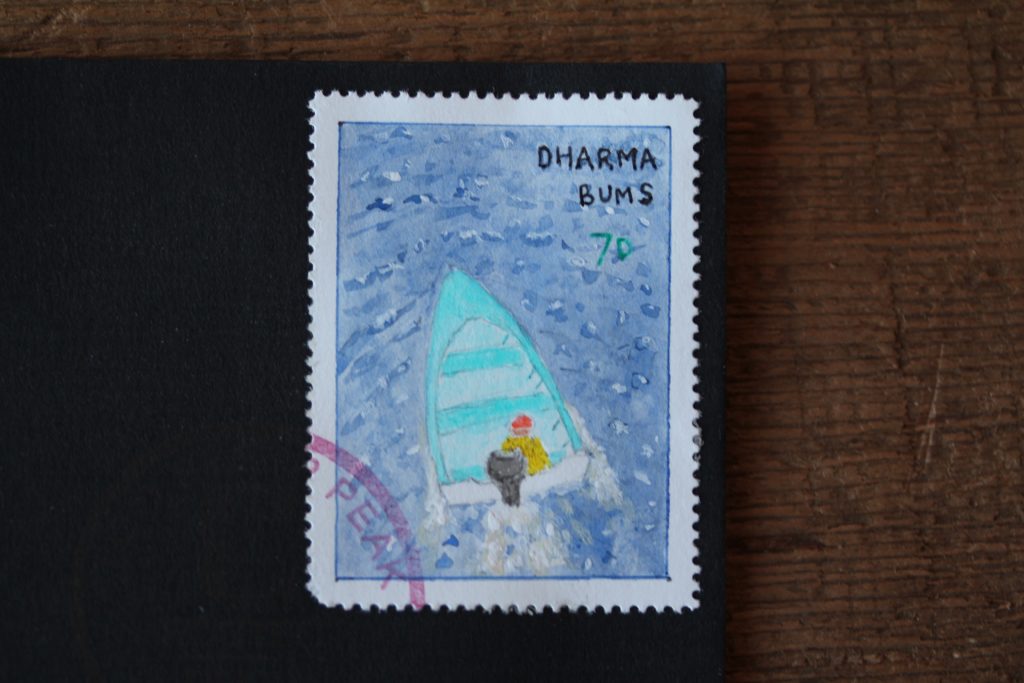 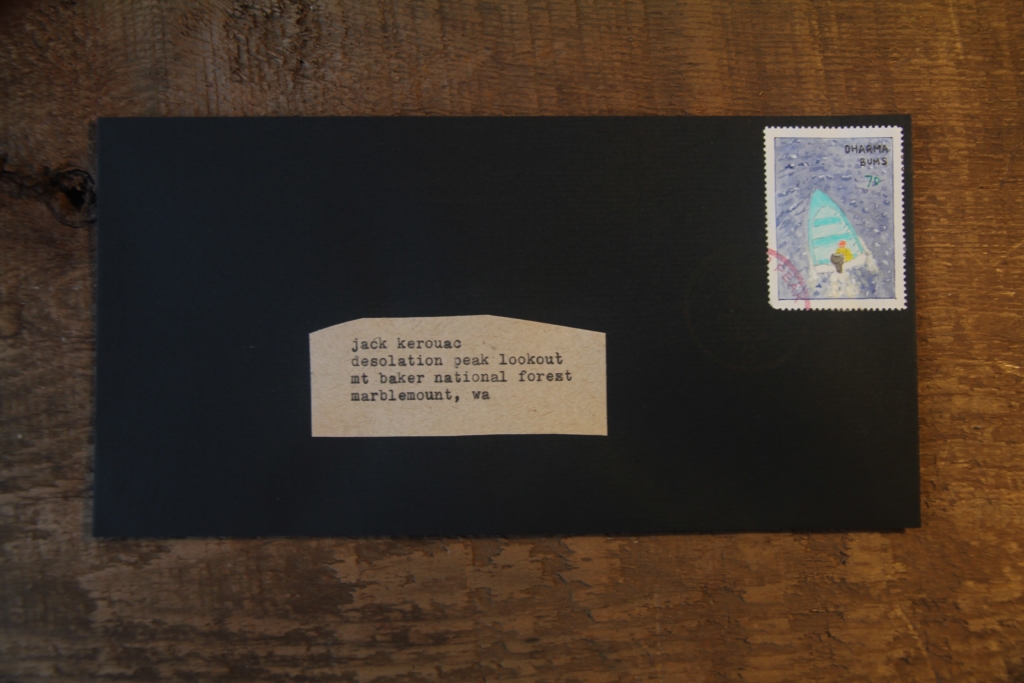 DETAILS:
Similar to the painting titled Dharma Bums – Boat.  This is a stormy weather version  ……..  Ross Lake is the water road up to Desolation and it often “kicks up” with wind and choppy swells in the afternoons because of the long ( 25 mile ) north to south fetch.  It can get dangerous and in the small resort boat I have pulled into shore a couple of times to wait it out……The letter was addressed to Jack Kerouac up on Desolation when he was the lookout in 1954.