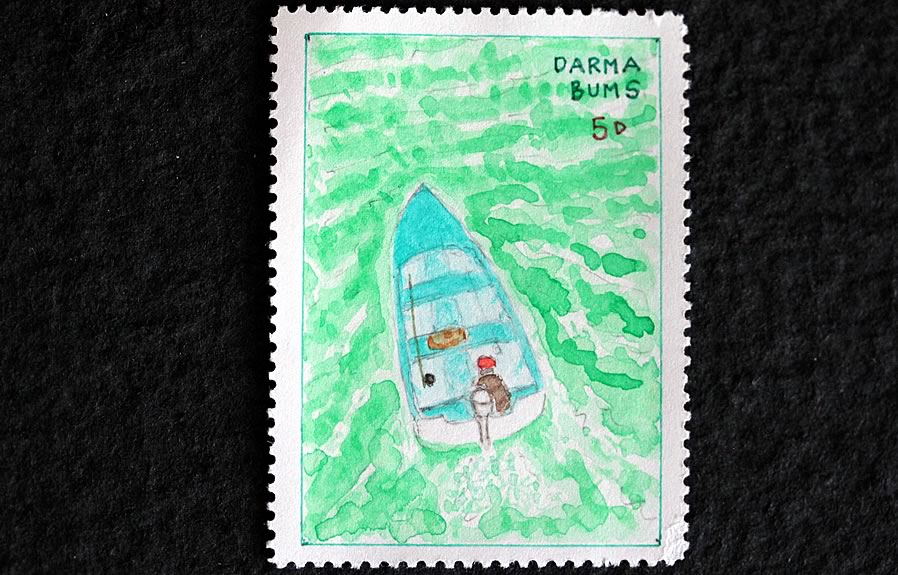 DESIGN:
The Beat poets like Gary Synder and Jack Kerouac often referred to themselves as “dharma bums” —– persons following the dharma of Buddhism and ignoring the values of general American society. They both worked up in the North Cascades of Washington State as firelookouts, just as I have done. Ross Lake connects those mountains –Desolation, Sourdough & Crater and when I go fishing on this 28 mile lake – I feel like a dharma bum with civilization left behind – just me, the boat, and my fishing gear.

MAILED:
not yet mailed