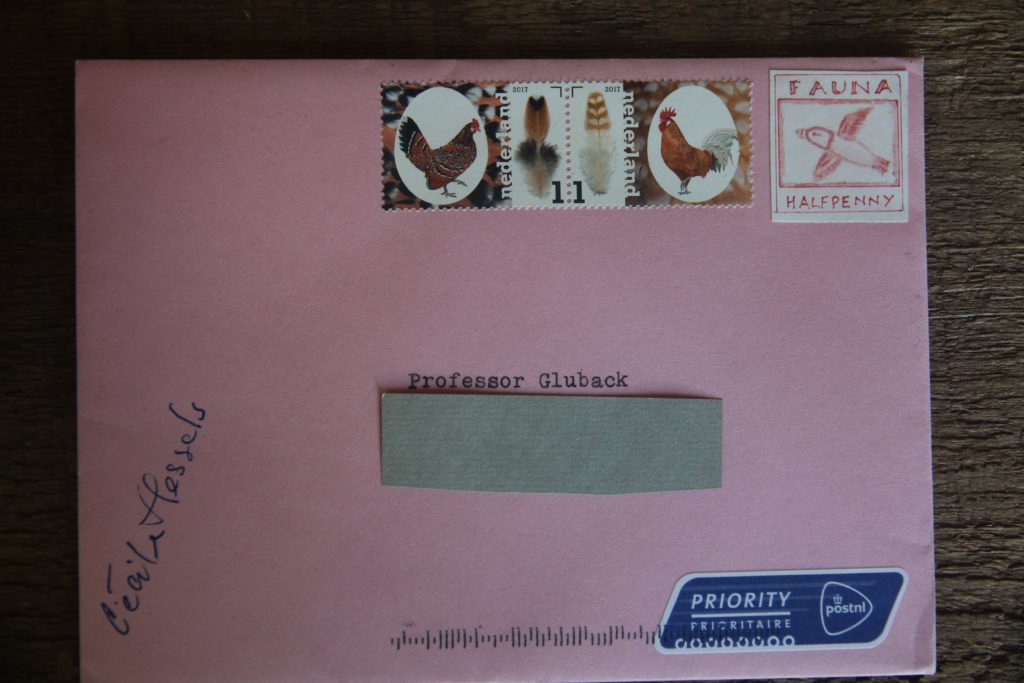 DESIGN:
Another commemorative for Donald Evans.  He did a whole series of these reminiscent of the stamps with puffins issued by the Isle of Lundy. Here are two: 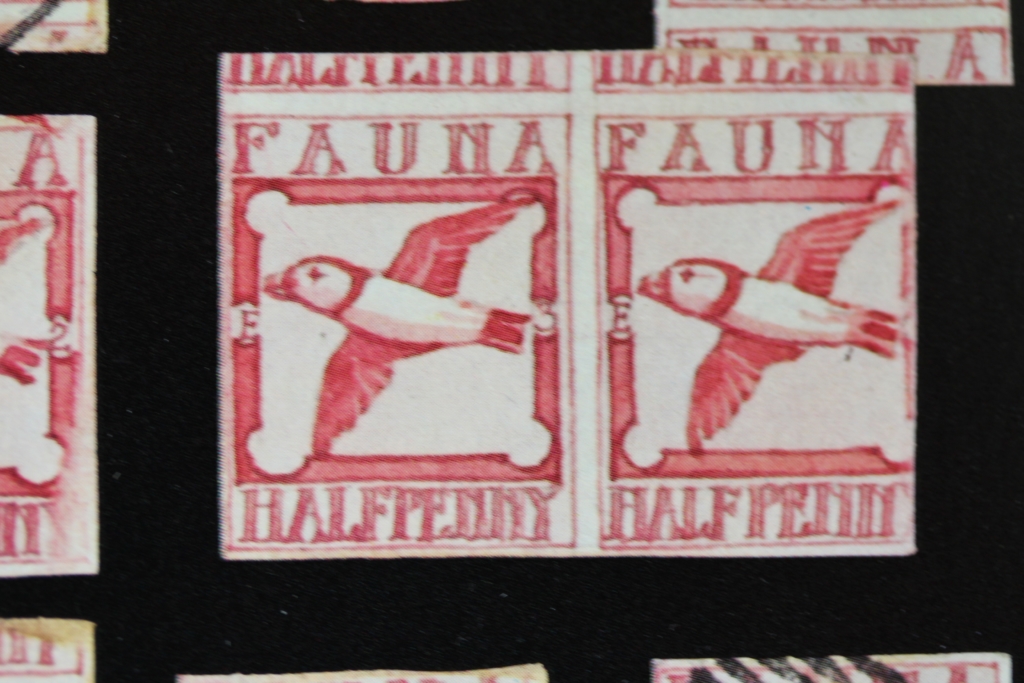 The envelope was signed by Cecile, a personal friend of his ( see blog ).  Note the addressee ” Professor Gluback ” also used by Donald.  The Dutch domestic chicken stamps were the best I could come up with at the time I was in Amsterdam for Fauna to accompany the Puffin  : )