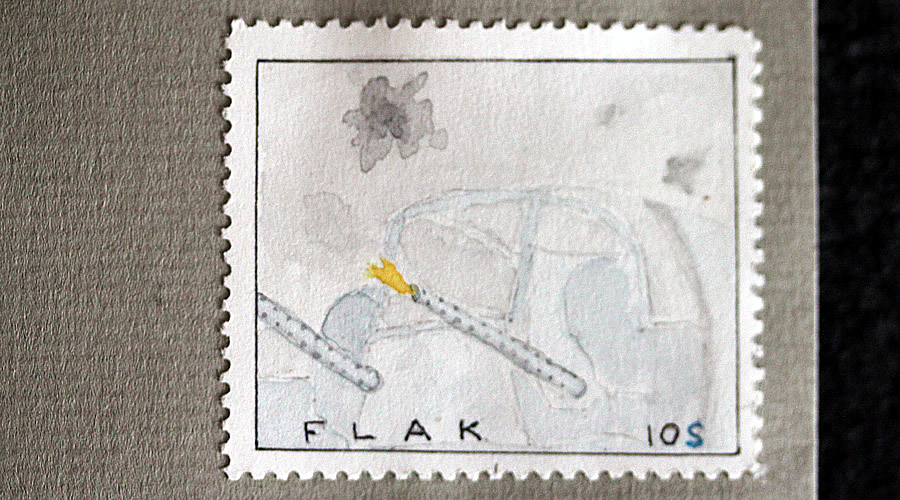 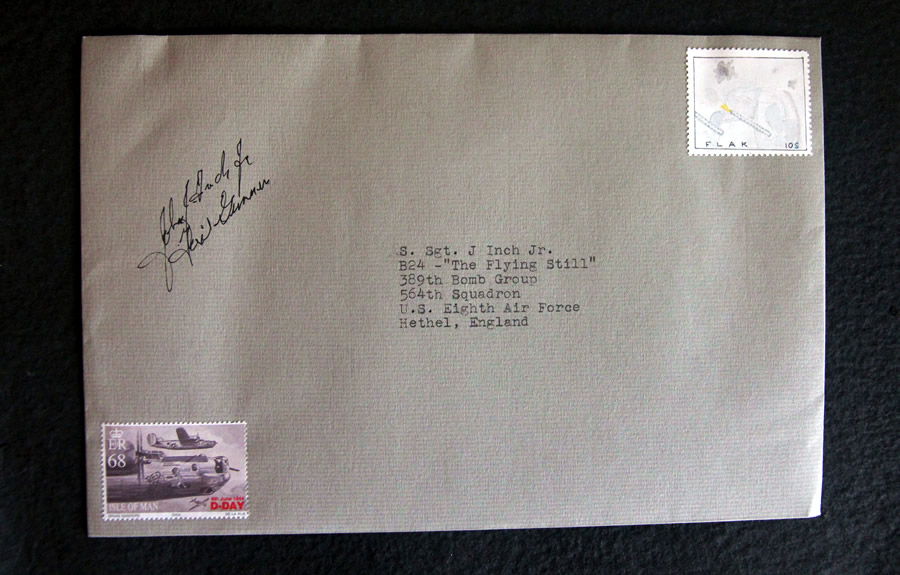 DESIGN:
I have a patient named John Inch who was the tail gunner on a B24 bomber out of England during WW II. It was always a great pleasure listening to his stories. In particular, he was a member of the Caterpillar Club. In order to qualify for the Caterpillar Club you had to parachute to safety from a disabled aircraft. In John’s case, that was his “shot up” B24. He was taken prisoner after landing by the Germans and spent the last part of the war in POW camps. The painting is of the tail end of a B24 where John’s position gun was. In the legal stamp you can see the B24 in profile. John signed the envelope for me which was REAL special. He lived on an island near here, staying fit with daily swims well into his late 70s. I have a copy of his German POW intake form.

MAILED:
not yet mailed