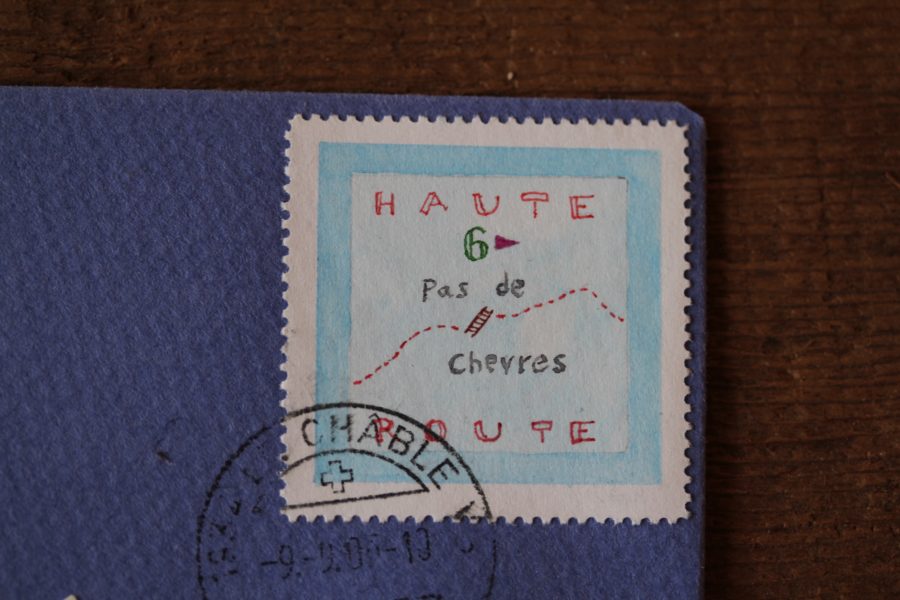 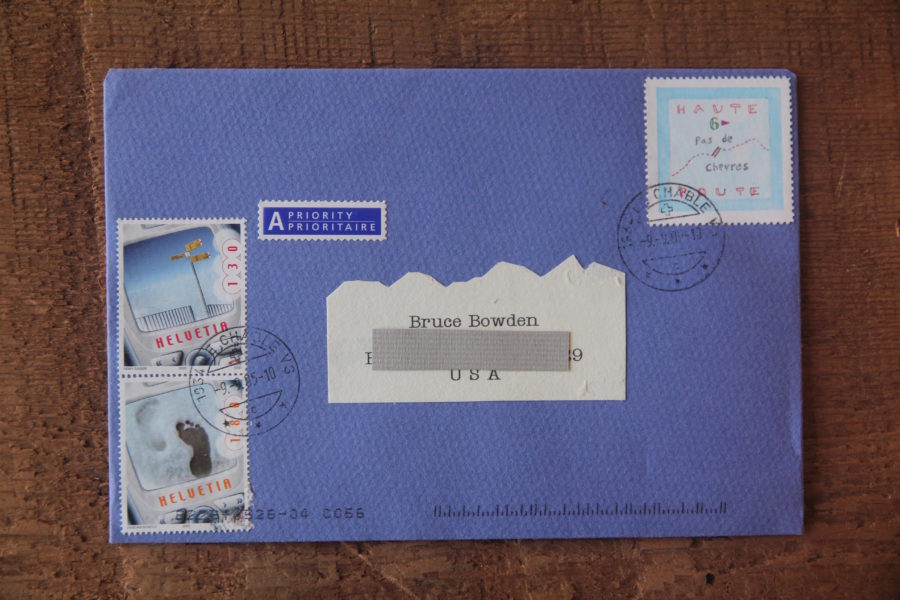 DESIGN:
Along the Haute Route is a pass where you have to climb old vertical iron ladders in order to negotiate a cliff face.  Having a fear of pure vertical heights—I decided to hike around the pass and avoid the ladders.  Note the silhouette address label which mimics the range of peaks in the area and the legal Swiss stamps showing the typical yellow trail signs.  The Swiss stamp showing the footprint in the snow reminds me of the day on the trail in Evolene when we woke up totally unexpectedly to 3 inches of snow and snow still coming down.  Yikes !  Because of not having sleeping bags with us for a forced bivy  and no cairns by report on the route — we elected to bus around that pass.