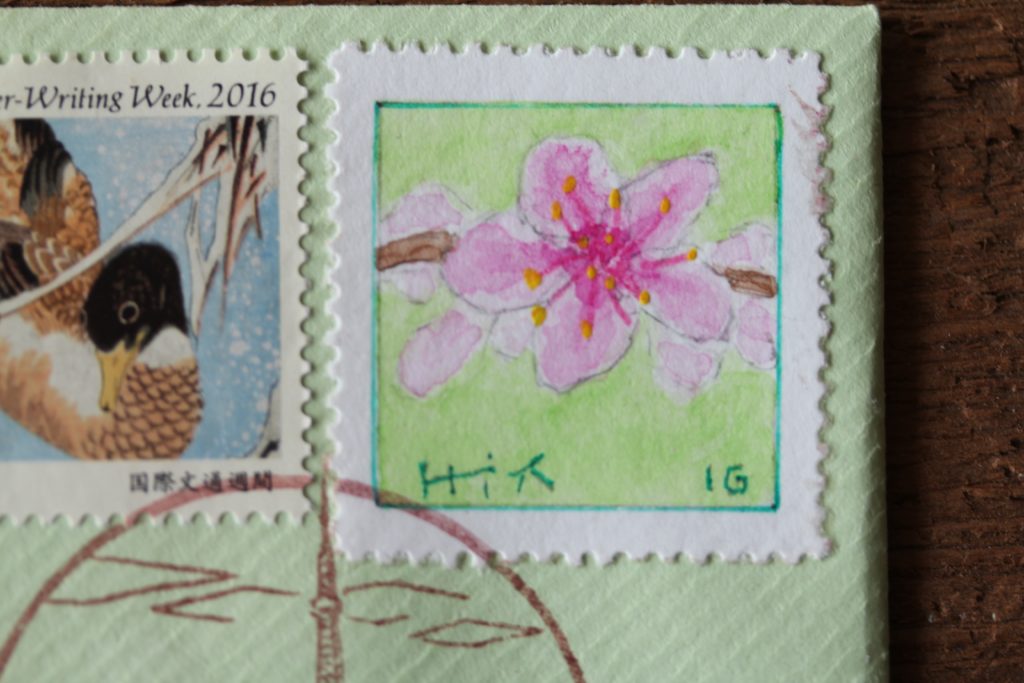 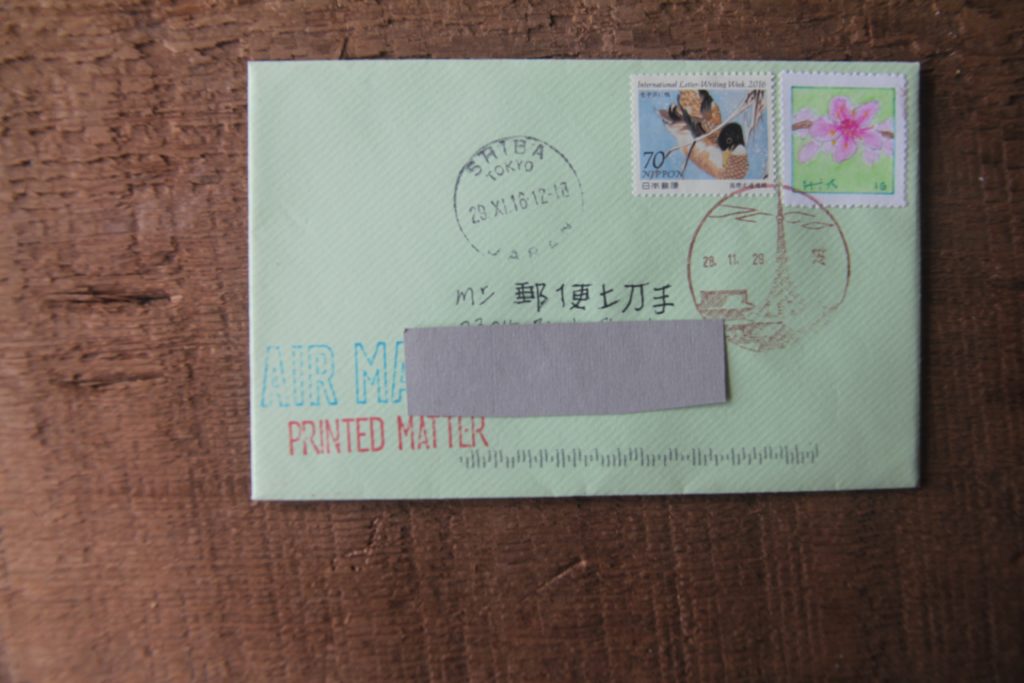 DESiGN:
I went to the University of Washington for 8 years.  There is a place on campus called the “Quad” that has many old cherry trees.  When they blossom, the brick paths are covered in white and pink petals —  its like you have ascended into heaven.  And Japanese families show up on the weekend and evenings to enjoy the ambience and each other…….  I took a chance on the address — since I just randomly wrote on Kanji characters as my name.

MAILED:
by the Chief in the Shiba District of Toyko in 2016.