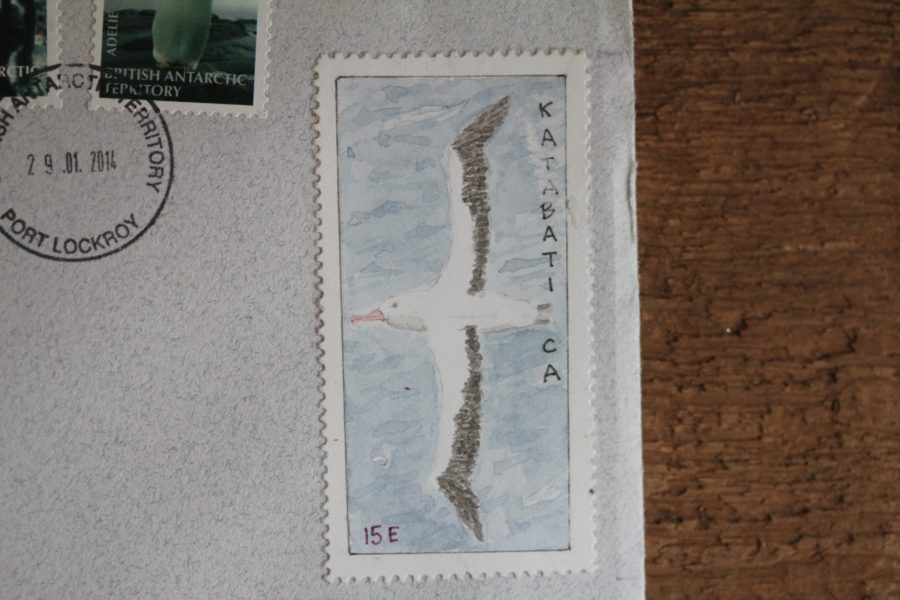 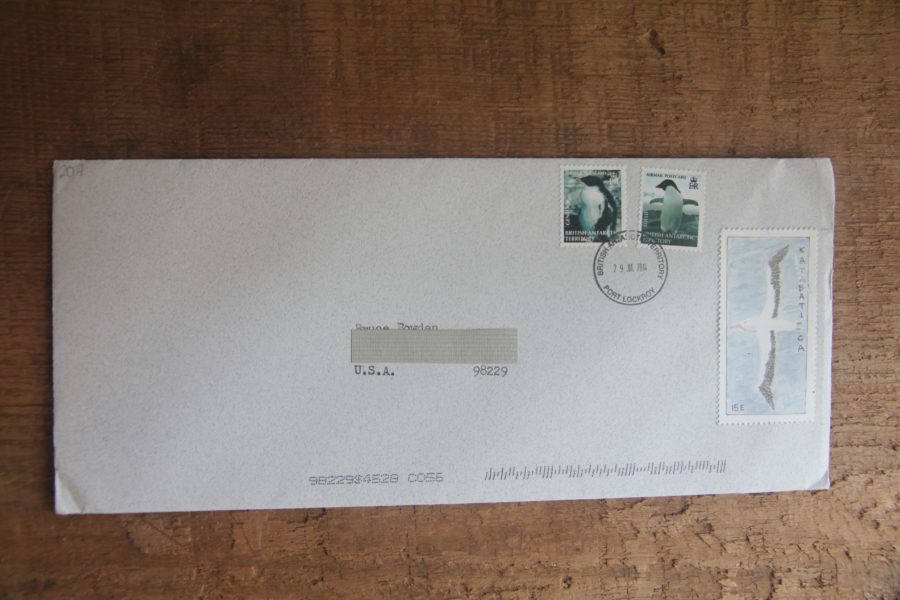 DESiGN:
I have flown radio controlled model gliders for many years because of my fascination with things that fly thru the sky, especially without motors.  Albatrosses are the ultimate flying bird in some ways.  They have a wingspan as much as 10 feet — more than any bird. They also live to be 60 years old !  Albatrosses spend months in the air over the stormy and cold southern oceans — only settling on land once every two years to raise their one egg.  You wonder how they know its time ?

MAILED:
by Ron Knight at Port Lockroy in Antarctica in 2014