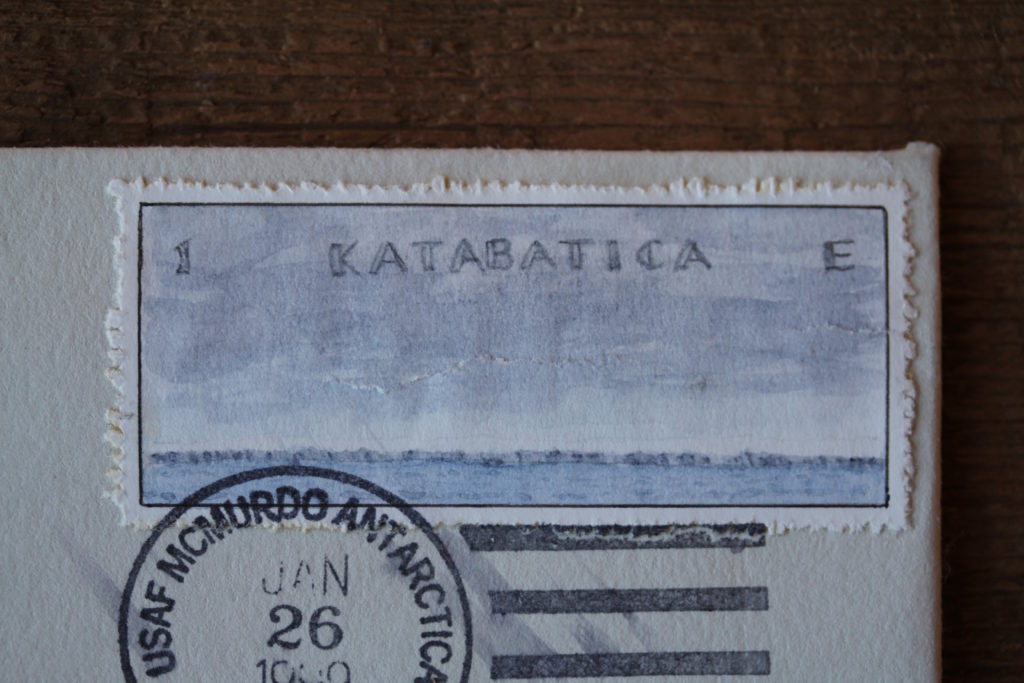 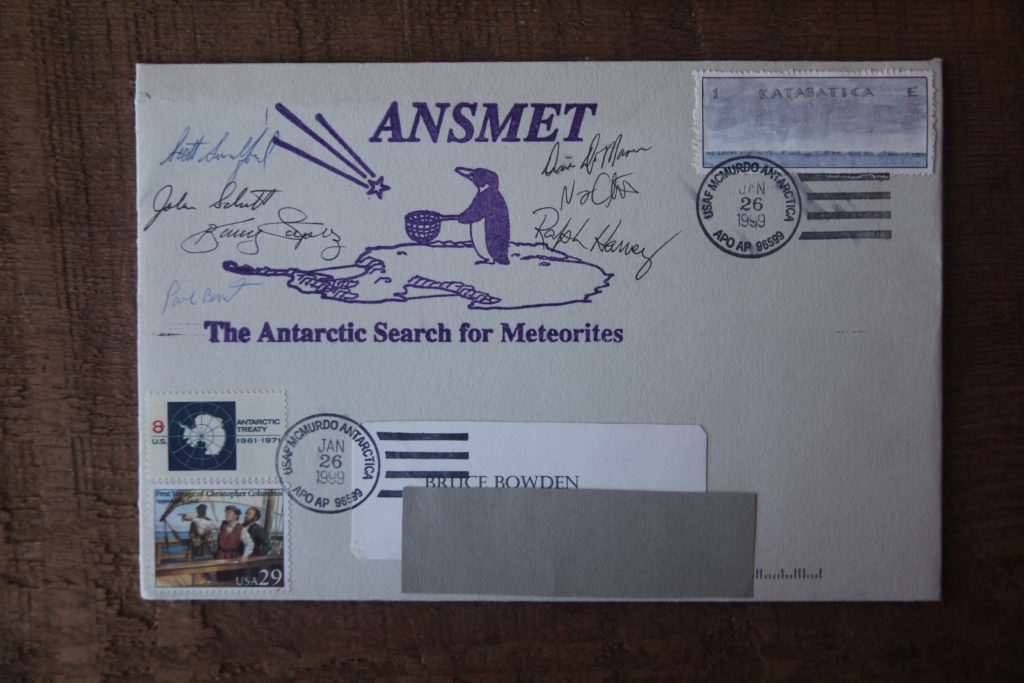 DETAILS:
This is the edge of the continent of Katabatica—a painting study of gray and blue.  Like when the pilgrims saw the forested shoreline of North America — its hard here to image how far the land of ice goes beyond………unimaginable distances.

MAILED:
by John Schutt who is the operations manager for the ANSMET program in Antarctica in 1999.  You can see the envelope was nicely signed by the members of the team that year including the writer Barry Lopez.  What a thrill to be zipping along in a snowmobile or snowcat and sudden spot a meteorite laying on the surface of the ice.  Meteorites hitting the earth elsewhere are difficult to find….but that vast expanse of ice gives one a chance especially since they are usually dark in color.