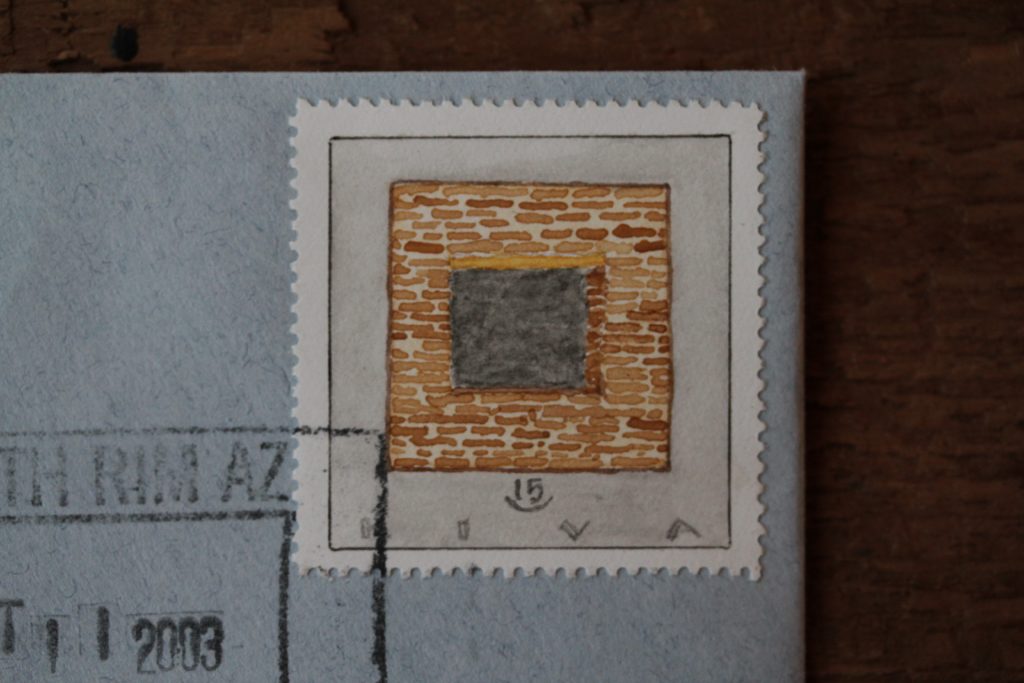 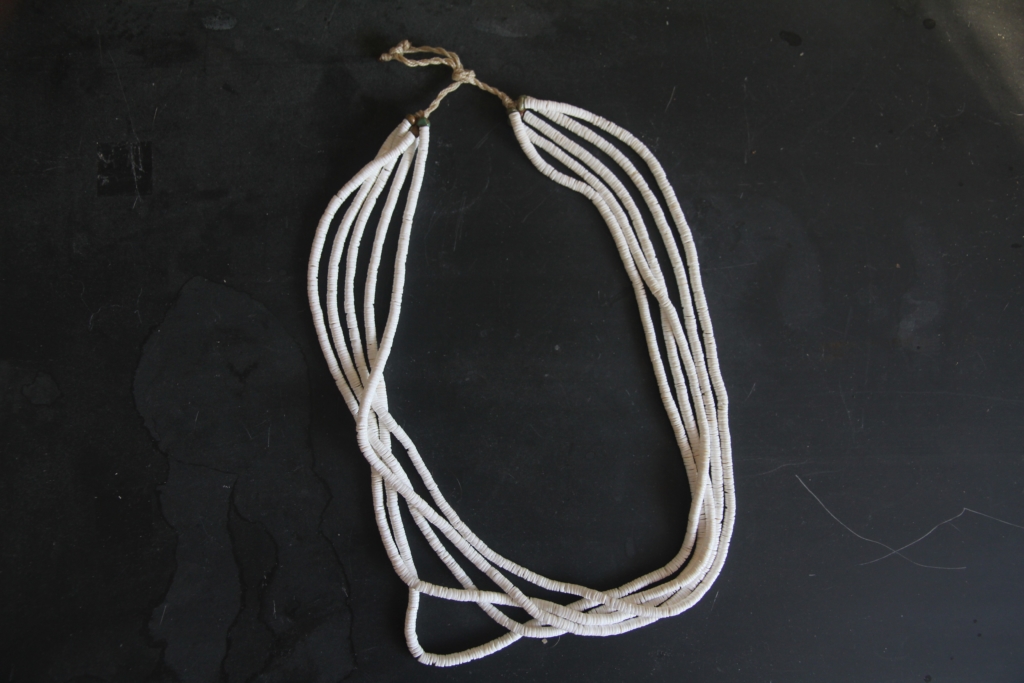 DESiGN:
Some years ago I drove around the Southwest by myself camping for a few days at the Chaco Canyon Historical Site.  It is an amazing architectural site and stunning to imagine in its “prime” with thousands of inhabitants.  Well worth the drive to this out of the way place.  I was impressed with their brickwork and painted this pigeon there, mailing a few days later in Arizona when I had it finished.  The legal stamp is one that many ( including me ) consider to be the most beautiful US stamp ever designed  —   “Western Cattle in a Storm “.  The Post Office reissued the 1898 stamp in the early 2000 s.  A side note — I visited with an older Navajo woman selling her jewelry near the campground who agreed to make me a white heishi necklace.  She was wearing one with five strands which just “popped” visually against her black velvet blouse.  It seemed perfect to me.  She came back to find me the next day with the necklace for my wife ( who I call the Chief ) and I paid her in cash. Its is a treasure that someday will be handed down to our daughter.  I think with gratitude of that older woman missing a front tooth and her marvelous brown weatherworn face and open smile.