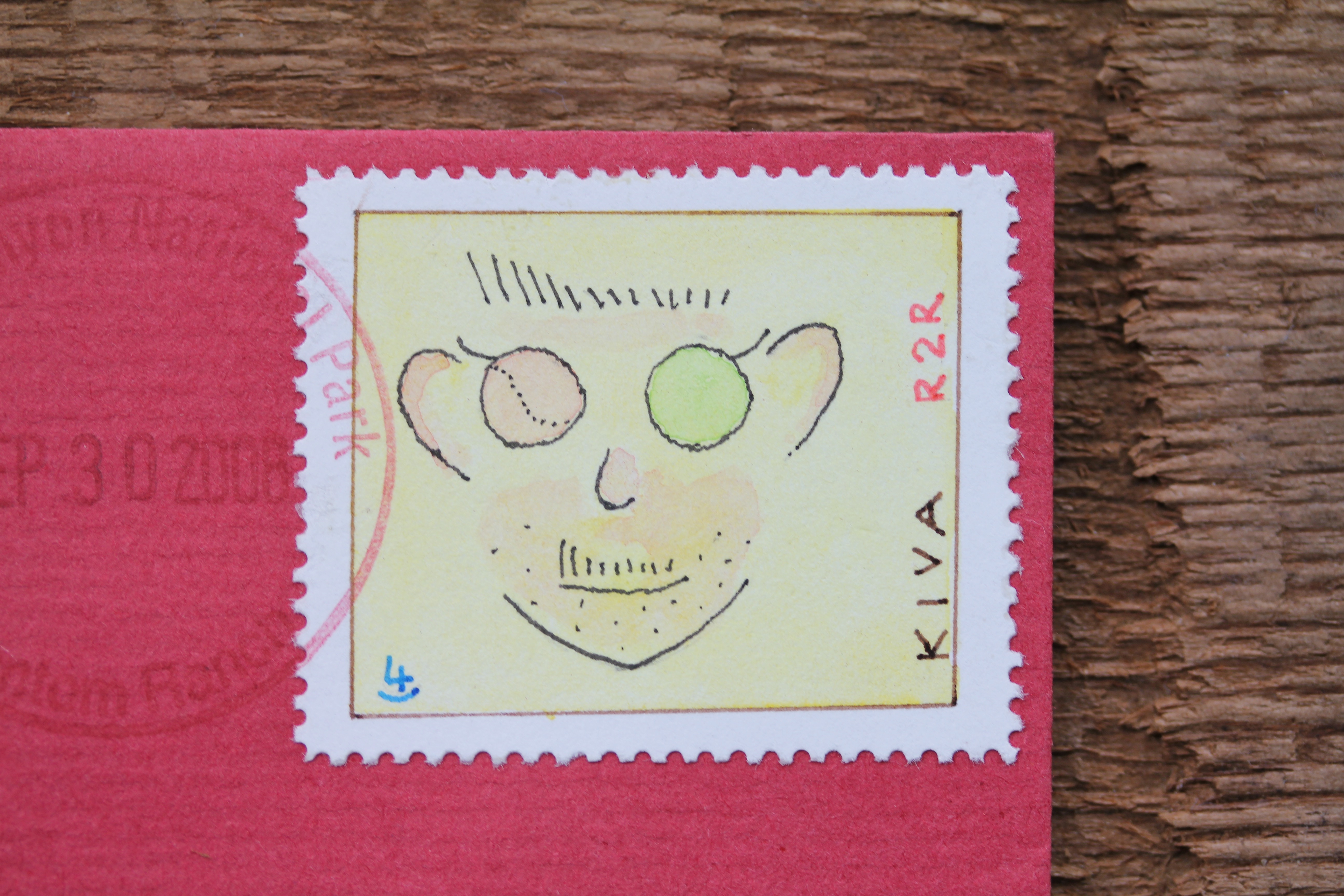 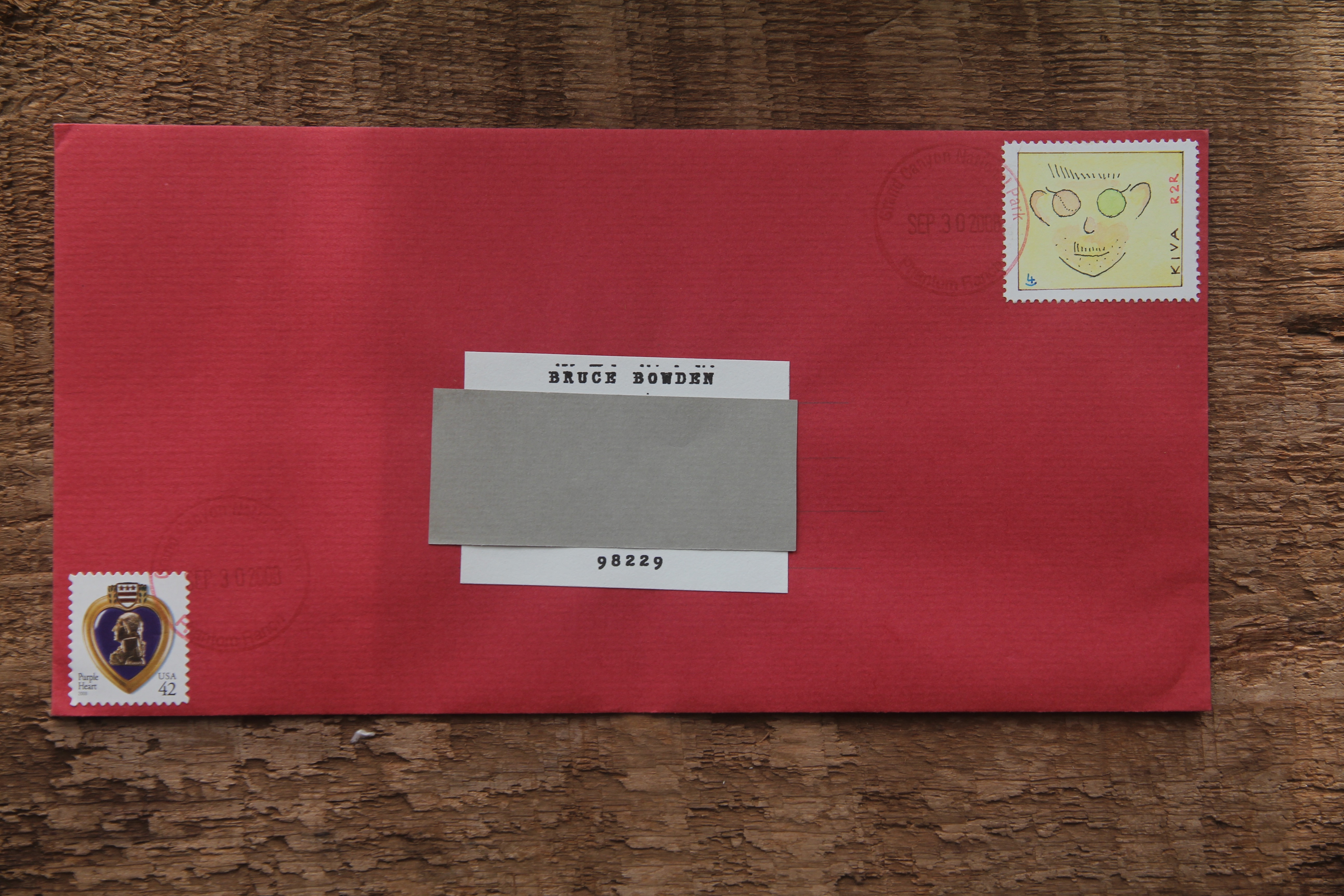 DESIGN:
R2R is an abbreviation that people use to describe a hike from Rim to Rim across the whole Grand Canyon in Arizona.  I have done it twice and I am scheduled to do it a third time in about a month.  I do it slow to savor my time ” below the rim ” though some folks do it in one day push — I backpack it over 5 days, sleeping in my tent each night.  Note the reference on the right eyeglass lens to the trail on the first day –  which is down down down……..the beginning of the stubble and sunburn…..and the purple heart american stamp