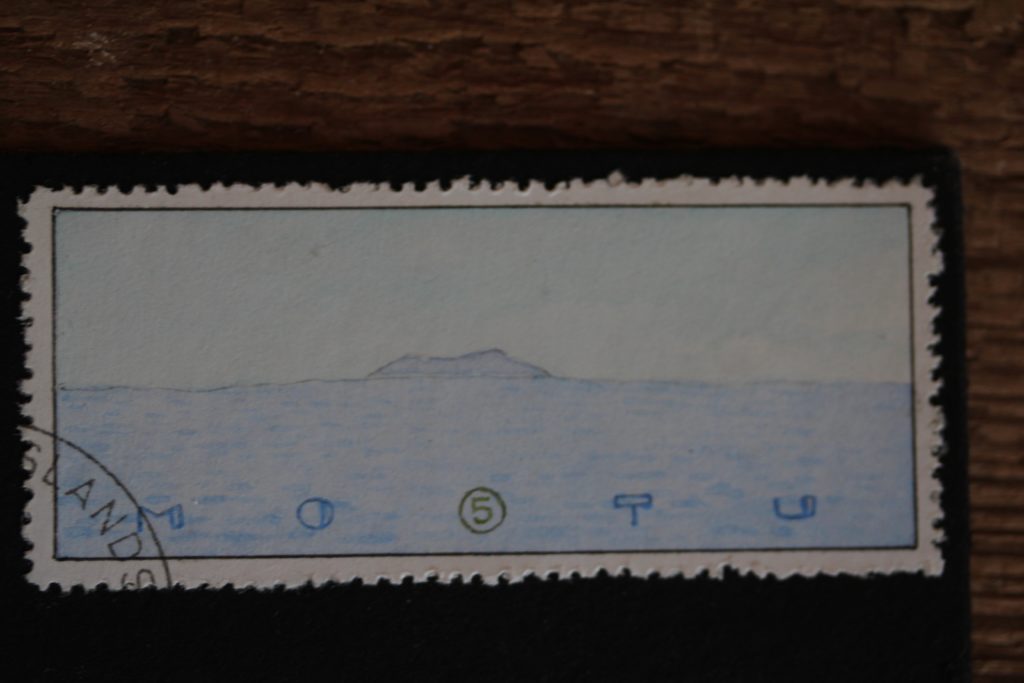 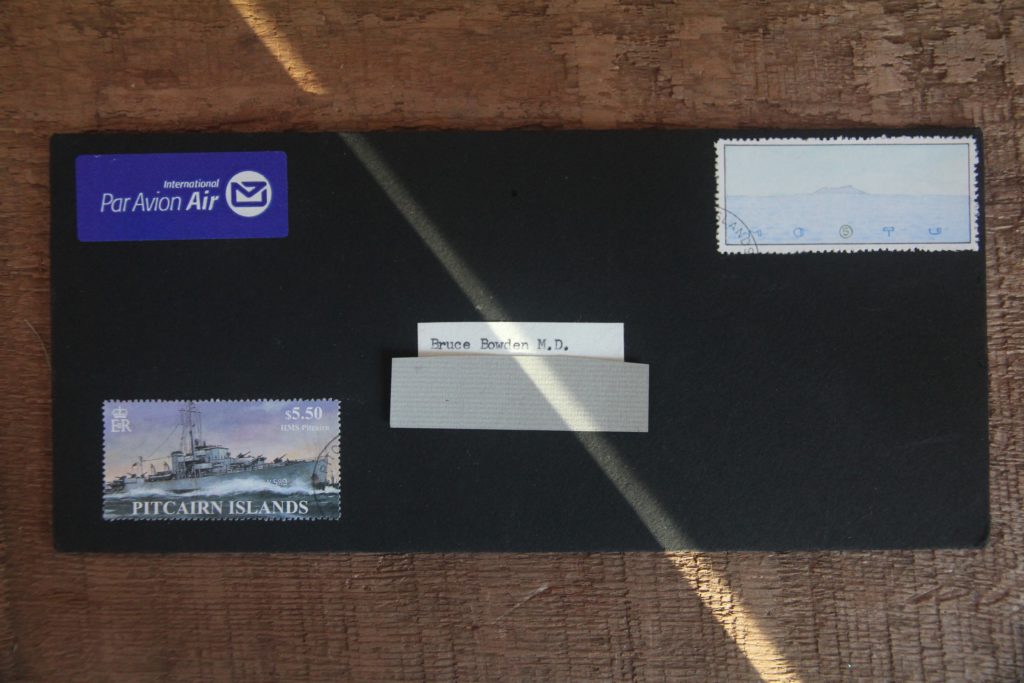 DESiGN:
It was 18 years after the mutiny that the mutineers and Tahitian women were “discovered” by an American sailing ship which ” called ” on the island.  I wonder how many ships passsed by Pitcairn but didn’t suspect that it held the mutineers ?  They had burned their ship the ” Bounty ” to help avoid being found so from offshore it likely looked uninhabited.

MAILED:
by Hank and Joan Hill at Pitcairn Island.