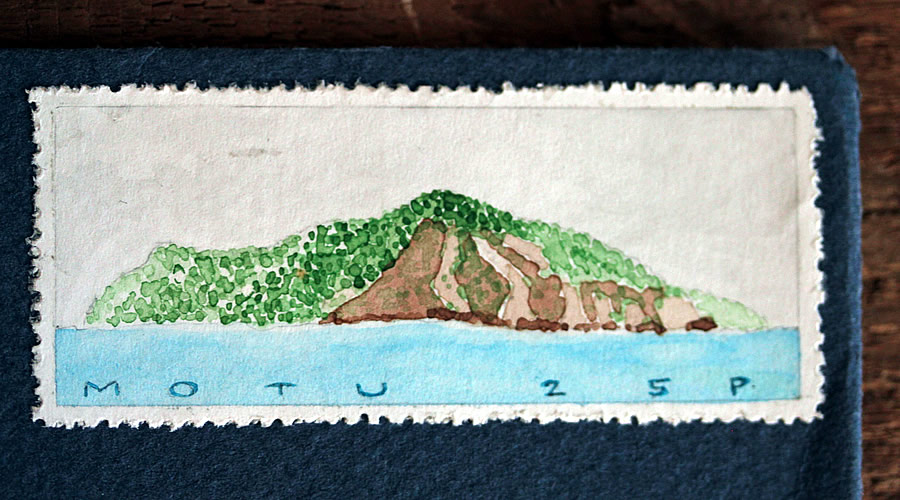 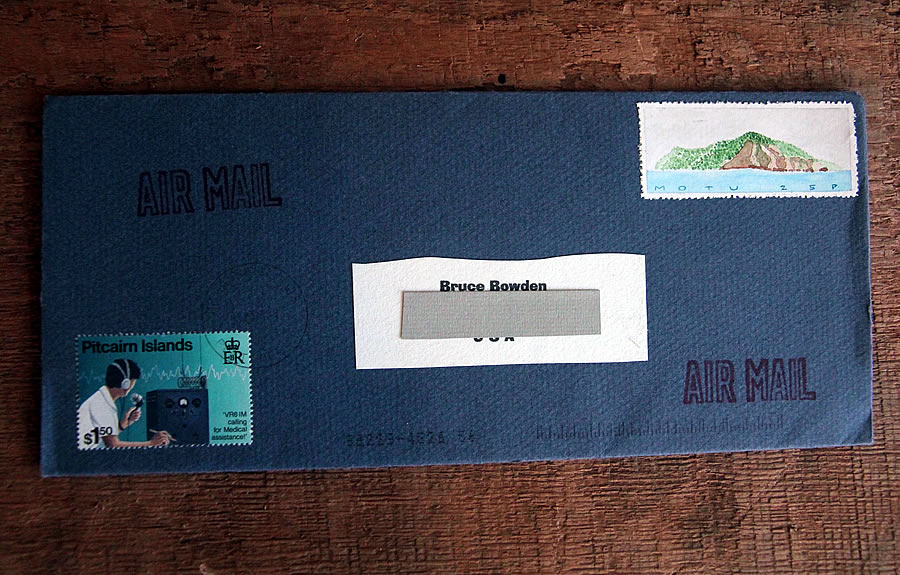 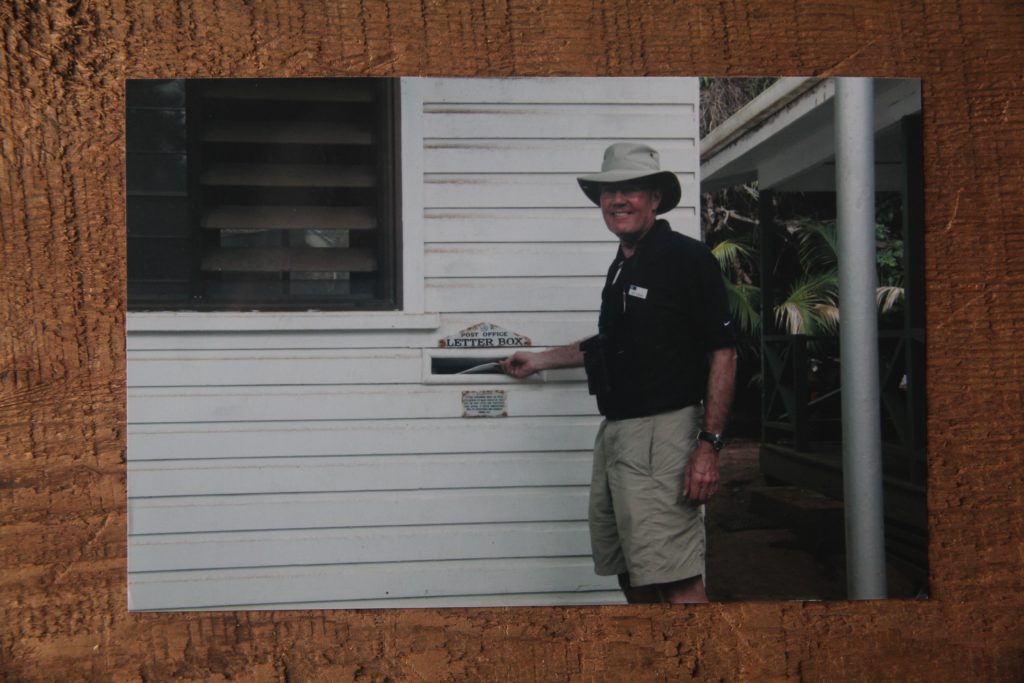 DESIGN:
Pitcairn Island is where Fletcher Christian and the mutineers went after taking over the ship Bounty from Captain Bly. It is one of the most remote places on earth…..and so I was “over the moon” excited when a couple of patients of mine told me they were going to Pitcairn and would take some pigeons. Yahooo!!  Handmade envelope.

MAILED:
taken to Pitcairn Island by Joan and Hank Hill —– this is Bill Cabeen putting it in the mail slot at Adamstown in 2006