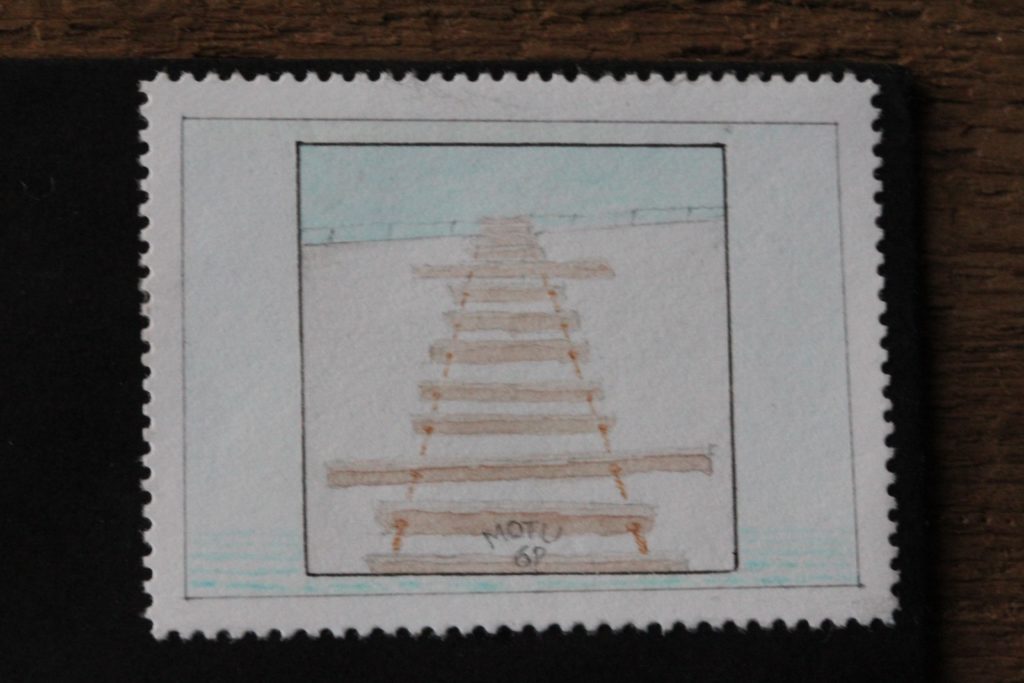 DESIGN:
The Pitcairn Islanders only source of outside extra income is things that they can sell to the very occasional ship passing by that will stop.  There is no safe anchorage so the Pitcairners have to motor out alongside the ship and then typically climb a rope ladder up to the deck with their carvings, pictures, etc.  I painted this view of what it must look like to start up that ladder — keep in mind the pitching seas are not in the image… yikes !

MAILED:
by Max Hurlburt at Pitcairn Island in 2006.  He was able to actually make it onto the Island — sometimes the seas are too rough.