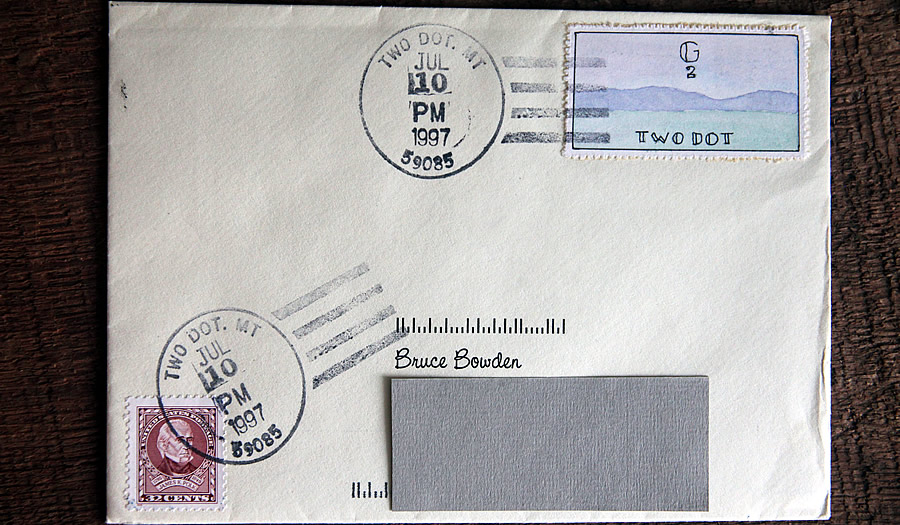 DESiGN:
This is an image of the mountains to the east of the capital town.  The country is named after an actual town in Montana.  A very small town on the Musselshell River in the north central part of the state.  The name has to do with a brand used on livestock to illegally cover another brand. Years ago when my son played in a baseball tournament in Montana —after the week long tournment –> we across the state to this town.  I had prepared two pigeons ( which were kind of primitive in my early days ) and wanted to mail them at the Two Dot post office to get that postmark.  Alas, the post office was only open to 12noon and it was now 2PM.  I enquired of the house next door where an older woman ( perhaps a widow ) lived.  She agreed to take the two letters over in the morning and have the post master hand stamp them –since we were heading to Great Falls than evening.  After talking with her — I drove down the street and had a quick beer at the Two Dot Bar whose hitching rail had been knocked over by the banker recently.  Anyway, in driving out of town a 1/2 hour later, down the one street — here was this woman standing on the curb in front of her house waving a broom upside down.  I pulled over and she told me that her son ( now an architect ) had done some drawings for the town’s centennial envelope in 1986 when he was 14 years old.  She gave me one as a souvenir and here is a picture of it: 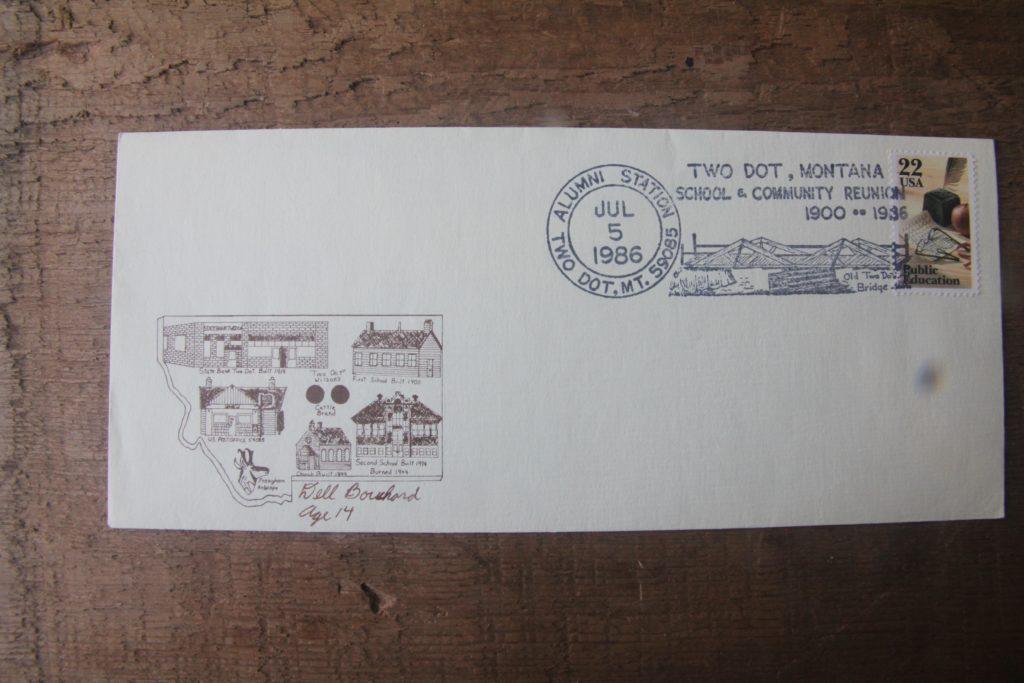 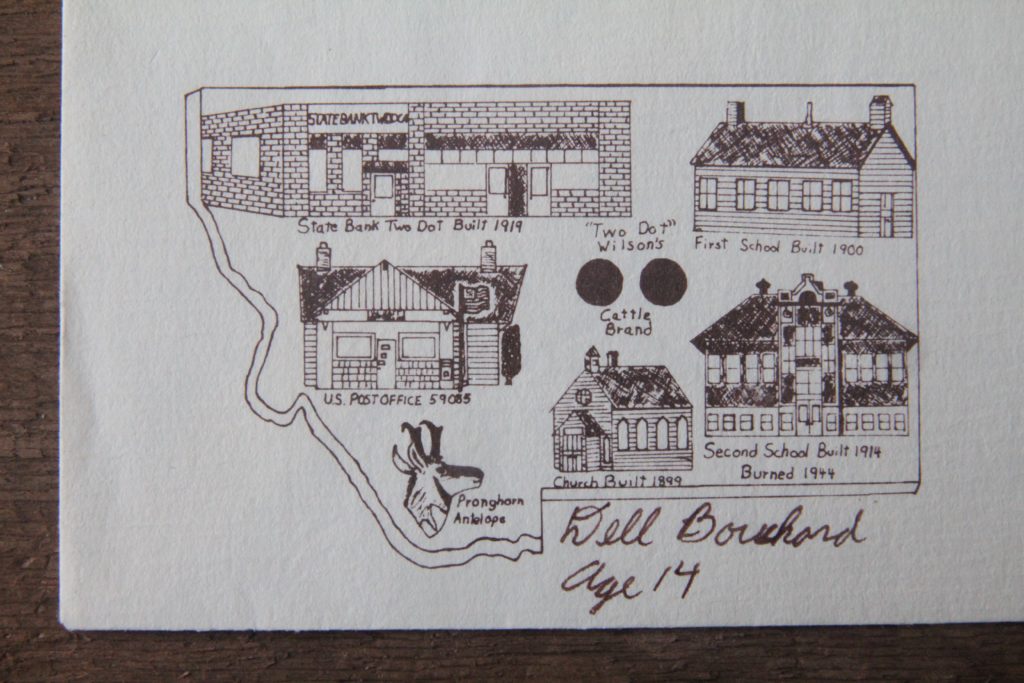 MAILED:
by me, from Two Dot, Montana